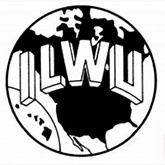 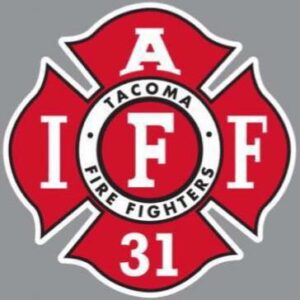 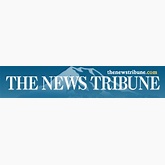 "Mrs. Keller is a dedicated and committed professional who works to bring cohesion within the staff and parent communities while ensuring that the focus is on what is best for children.  She listens to others and takes their input into consideration as she finalizes decisions.  Persons of Mrs. Keller's caliber are rare."  ~ Doris McEwen Harris, Ph.D., former Clover Park School District Superintendent

"It is not that often one is allowed to have the opportunity to meet someone who embodies the spirit of a community leader, a parent, an engaged and dedicated down to earth realist, who is herself a former Marine that isn't done with putting aside the willingness to serve.  Deanna Keller is that person.  I have had the privilege to know Deanna and have enjoyed getting to know what drives her interest in becoming a vocal and approachable leader from the forward position as she seeks your approval to sit on the Port of Tacoma Commission.

As a business owner within the City of Tacoma she has more than just a passing interest into the current and future development of Tacoma...she lives it every day.  By having provided local careers to local people she is now taking that experience and wanting to apply it to a broader arena whereby, maybe, through the teamwork that is required of all Port Commissioners, she can take her successes and apply them to global strategies that will benefit us all."  ~ Christopher Winters, IUPAT District Council 5, US Army Veteran, Tribal Elder Muscogee Creek Nation

"As an outside observer I've been following the Port Tacoma Commissioner candidacy of Deanna Keller with great interest.  I can't vote in this election, but I can tell you about Deanna Keller.  I've known Deanna since serving with her in "The President's Own," U.S. Marine Band. That in essence is all I should need to tell you about Deanna.  Ordinary people do not get selected to join "The President's Own" Marine Band.  The dedication and commitment to excellence it takes to be a member of the Marine Band is extraordinary, and each member of the Marine Band is extraordinary.

What makes Deanna stand out to me is that in all the years I served as the stage manager of the Marine Band there have been very few Marine Band members that stand out in my mind above the rest.  Deanna Keller was one of those Marines.  She was an exceptional Musician, and exceptional Marine, and Deanna was an exceptional person.  The voters of Pierce County have the opportunity to elect someone that will dedicate herself to making Port Tacoma Exceptional. My endorsement may not carry much weight, but I enthusiastically endorse Deanna Keller for commissioner of Port Tacoma, Washington."

"The President's Own," U.S. Marine Band

It is my pleasure to endorse you in your race for the Port of Tacoma Commission. You are such a promising candidate for this position. I believe you will bring your business background, your military experience and leadership in the public schools as a teacher and administrator to the Port. The Port of Tacoma partners with business and labor, Tribal Government, Pierce County, Tacoma and other cities in the South Sound.

The Port is more than a laundry list of relationships, it creates jobs which change lives for the better, puts us in touch with the global community, and modernizes our County in solid, measurable ways.

I look forward to working with you on the campaign trail and then in your role on the Port Commission."